Falling for the Historic Ottawa Region

On everyone’s bucket list should be a trip to Canada’s capital city, Ottawa. Ottawa abounds with museums, parks, historic buildings, festivals and much more.

A beautiful city to travel to at anytime of the year, but a must-see tourist region destination in the fall. 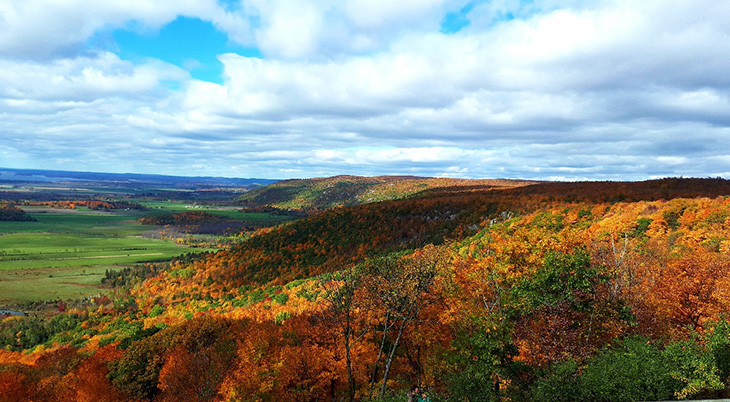 Ottawa and it’s surrounding areas explode with color in the autumn and are absolutely breathtaking.

The city of Ottawa, Ontario is on the south side of the Ottawa River, and on the north side is the province of Quebec, and the cities of Hull and Gatineau.

Take the scenic drive north from Ottawa along Highway 5 (The Gatineau Parkway) into Quebec to Gatineau Park. Gatineau Park is stunning, with the Champlain Lookout giving most impressive views of the Ottawa Valley. 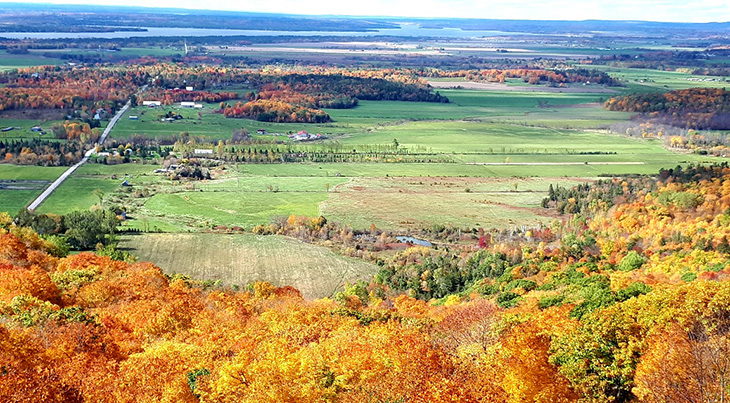 Travel a little further north along the Gatineau Parkway and take the Champlain Parkway (north-west). 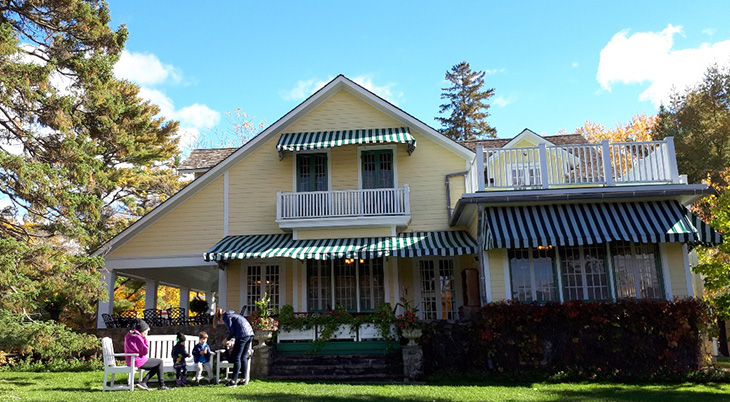 It’s a great walk thru history, and the grounds make you want to enjoy a picnic lunch, or enjoy their Tea Room. 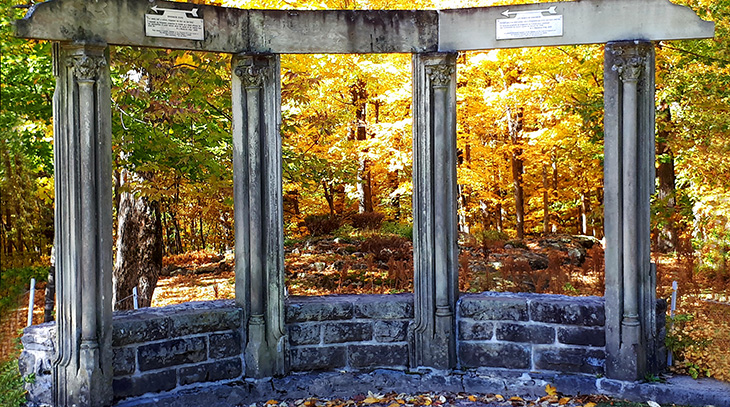 (The Window on the Forest, Mackenzie King Estate) 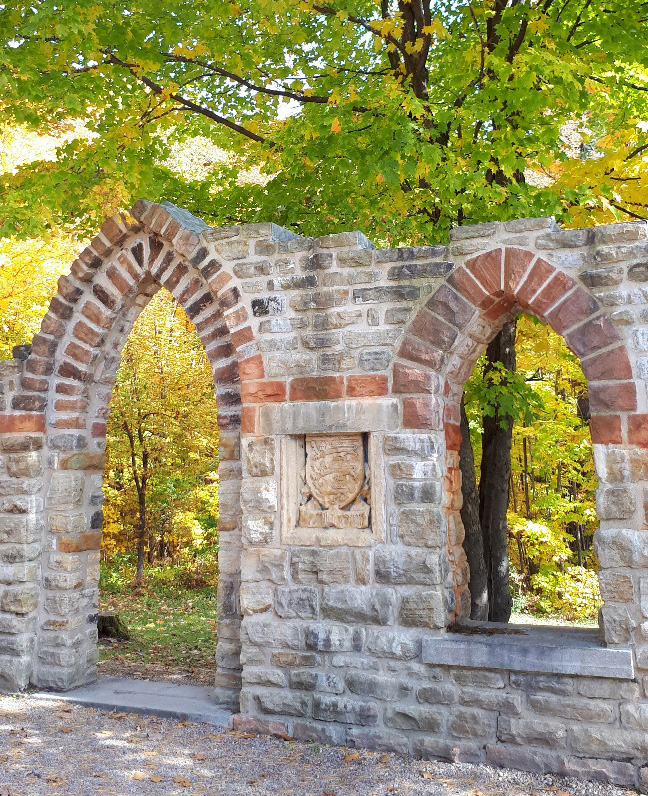 On the grounds of Kingsmere are stone ruins of an Abbey, an “Arc de Triomphe“, and the “Window on the Forest“.

These whimsical imaginings were dreamed up by the fertile imagination of MacKenzie King.

All are rumored to have been pieced together with his own hands.

Sections of the ruins were salvaged from different Ottawa buildings, including the Parliament Buildings and the British North American Bank Note Company building. 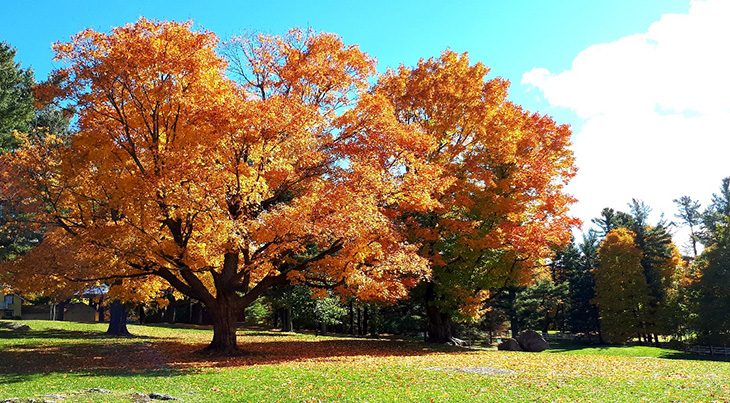 Get back onto Highway 5 and trek further north to the beautiful little town of Wakefield, Quebec (approximately 35km north-west of Ottawa).

In addition to seeing the Gendron covered bridge across the Gatineau River, you can have a lovely lunch overlooking the falls and the historic Wakefield Mill and Inn, below. 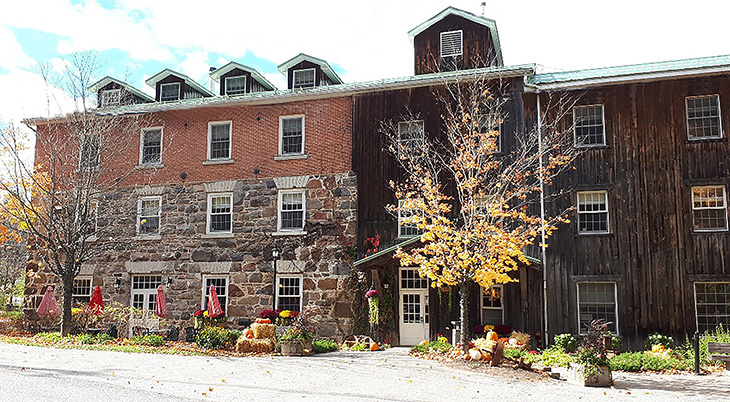 (The falls are the view from the Wakefield Mill and Inn) 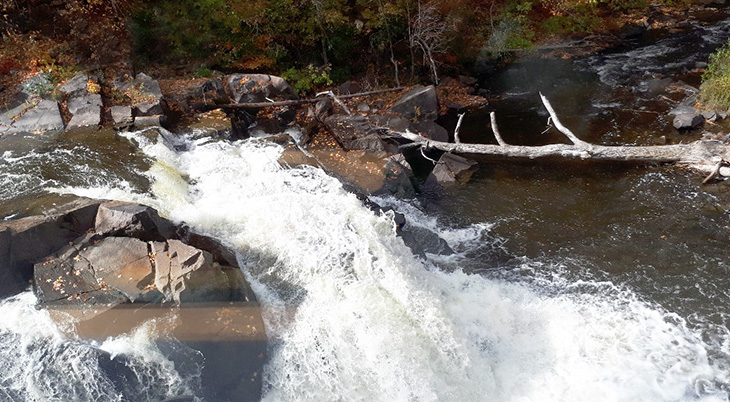 The famous Rideau Canal was opened in 1832 as a British military undertaking, spurred by reports that the United States had aspired to invade Upper Canada by way of the St. Lawrence River during the war of 1812.

The Canal was originally intended to be an alternate supply and commercial route between Montreal and Kingston.

Today the Rideau Canal is a UNESCO World Heritage Site run by Parks Canada, and is a popular pleasure boating route during the spring, summer and fall seasons. 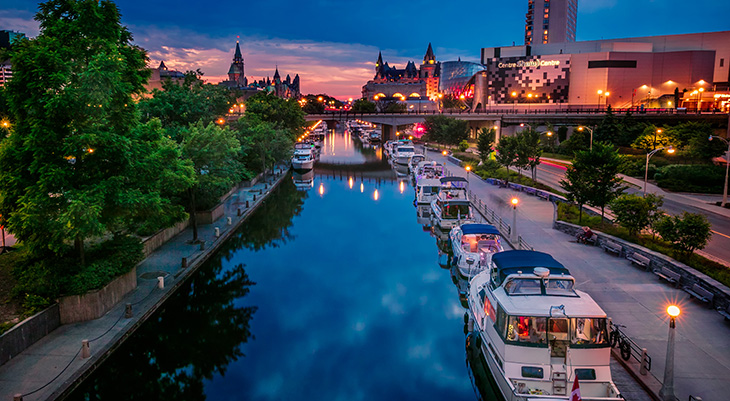 The Canal meanders through the city of Ottawa, with pedestrian and bike paths along most of it’s route. 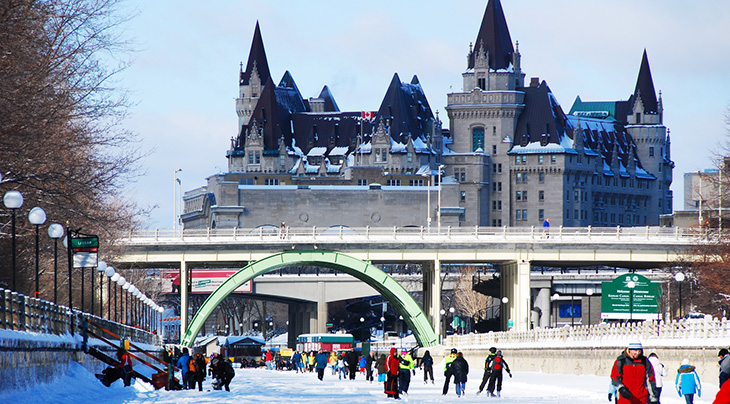 In the winter months a 7.8 km stretch of the Rideau Canal is known as one of the largest and longest ice-skating rinks in the world. 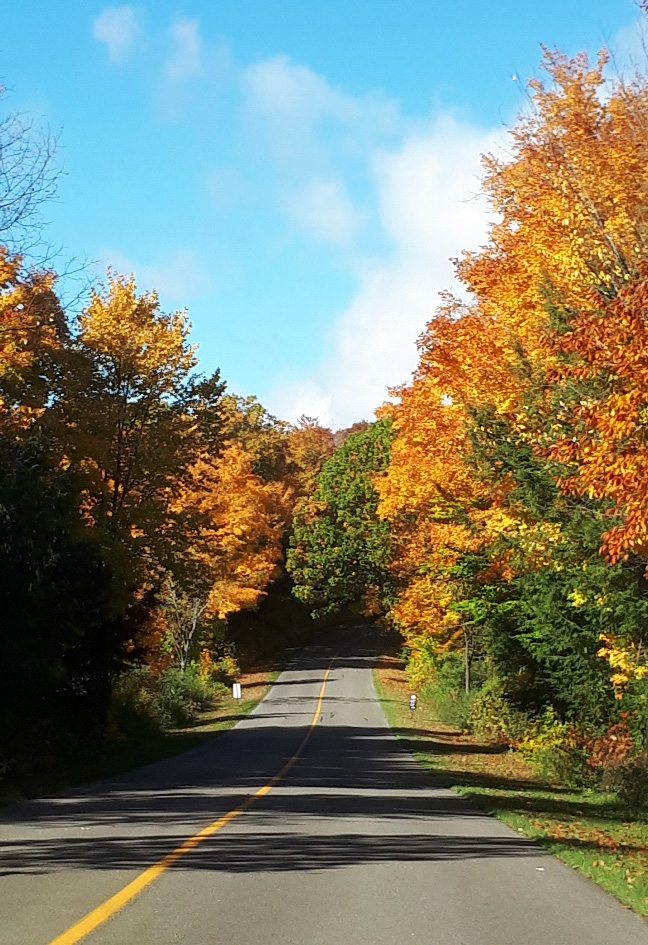 Touring south-west from Ottawa, you can enjoy the drive down Highway 15 to Kingston.

The Highway 15 road follows the Rideau Canal route and ends in Kingston at Lake Ontario, with stops of historic significance and natural beauty along the way.

There are over 20 locks along the Rideau Canal, and just a few of note are the Merrickville Locks, Jones Falls Locks, Smiths Falls Locks, and Chaffeys Locks.

Many of them have great lodges and restaurants nearby.

My favorite is the Opinicon Lodge, about 60km north of Kingston, near Chaffeys Locks.

The Opinicon Lodge was built in the 1930’s and has been fully restored to it’s original grandeur.

Ottawa is easy to get to via planes, trains, buses, and automobiles.

Any kind of accommodation can be found, and regardless of mobility restrictions, travellers and residents can enjoy the city of Ottawa and tourism in this historic and scenic part of Ontario!

*Unless noted otherwise, all photographs, text & video on this page are © 2018 Cathy Clark. All rights reserved. Do not download or reproduce without written permission.*

Cathy Clark spent her early childhood paddling on the shores of salt-water Little Manitou Lake in Manitou Beach, Saskatchewan. A move to Ottawa, Ontario was followed by marriage, motherhood & a successful career as an Orthotherapist. Embarking on new beginnings in her 50+ years, Cathy discovered a passion for travel & photography. She loves to share her adventures and the beauty she sees from just around the corner, or further afield.