Appointed Commander of the Order of the British Empire (CBE) and Baroness Rendell of Babergh, of Aldeburgh in the County of Suffolk, author Ruth Rendell left behind a rich legacy of crime fiction for her many fans, when she passed away on May 2, 2015. 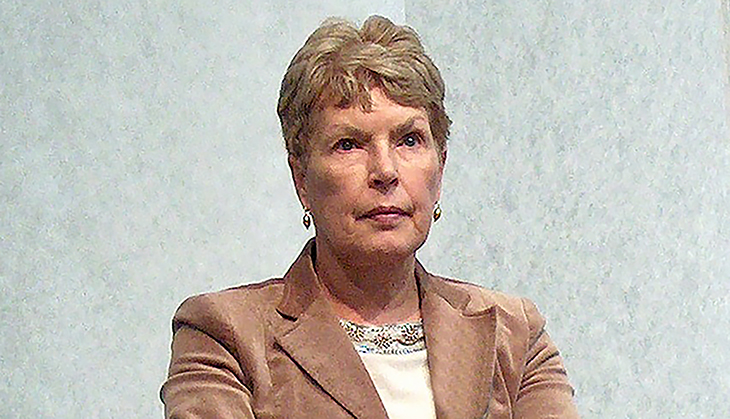 Born in London, England on February 17, 1930, Ruth Rendell was a master of the British police procedural, suspense and psychological crime/mystery stories, and wrote over 60 full-length novels, many of which were best sellers.

She began her writing career as a journalist, which is where she met and married her husband Don Rendell when she was 20 years old. Although they divorced in 1975 they remarried again in 1977 and were together until his death in 1999.

Ruth Rendell’s 1st published novel, From Doon With Death (1964), was the first of 24 novels starring likeable family man and Chief Inspector Reginald Wexford. The last book in the series, No Man’s Nightingale, was published in 2013 when she was 83 years old. One of the storyline strands in this novel was Reg‘s difficulty in accepting retirement, and dealing with aging and family issues involving his 2 grown daughters and grandchildren.

Her novel The Girl Next Door (2014) spans 60 years – from school children playing in a tunnel in 1944 to current day, when a discovery is made of a box containing two hands in that same tunnel. The children are now seniors and must try to remember what happened that summer, while dealing with concerns over hip replacement and love affairs.

Rendell wrote 28 other stand-alone novels, and 14 novels under the pseudonym Barbara Vine. Her books have often been adapted for television and the movies, and she was recognized with numerous awards from crime and mystery writer’s associations. Her last published book was the crime fiction novel Dark Corners (2015).

In an interview at age 84, Ruth Rendell shared her active senior lifestyle: Most days, up at six am and writing on her computer until noon; 3-4 afternoons a week at the House of Lords (at age 73 she introduced a bill that was later passed as the Female Genital Mutilation Act 2003); in between, going to Pilates classes, taking long walks and exercising at home.