Prolific comic/fantasy author Terry Pratchett died last week on March 12 at the age of 66, of natural causes due to the progression of Alzheimer’s Disease and aging. Terry leaves behind his wife of 47 years, Lynn and their daughter Rhianna (also a writer). 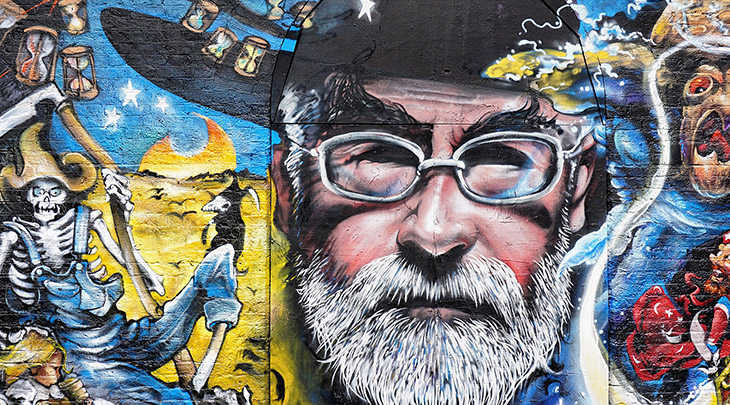 Pratchett first became a published author in 1971, but his popular His Discworld fantasy book series did not debut until 1983. Thus far his books have sold more than 85 million copies worldwide in 37 languages, and been adapted for or inspired graphic novels, video games, movies, songs, plays, radio, & television broadcasts. At one point he was the top-selling author in the UK.

Terry Pratchett was born in England on April 28, 1948 and lived there his entire life with his family. In 2009 he was Knighted by the Queen and has received numerous other distinctions (too numerous to mention them all) including being made an OBE and receiving a Carnegie medal.

Terry’s life and career were cut short by complications from early-onset Alzheimer’s Disease at age 59, although he did survive long enough to become an “official” senior citizen and write more books. After first being misdiagnosed as having suffered a stroke, a diagnosis of Alzheimers was confirmed in 2007. By 2008 Terry Pratchett was already finding it difficult to write dedications when signing books; however he did continue writing up until his death, using speech recognition software, and with the help of an assistant. Terry Pratchett’s 41st Discworld book was published in 2013 and the last book in the series, The Shepherd’s Crown, is due to be published in 2015.

In 2008 Terry Pratchett donated $1M US to the Alzheimer’s Research Trust after discovering that Alzheimer’s funding was only a fraction (3%) of that given over to cancer cures. That same year a documentary about his illness was filmed by the BBC – Terry Pratchett: Living With Alzheimer’s. 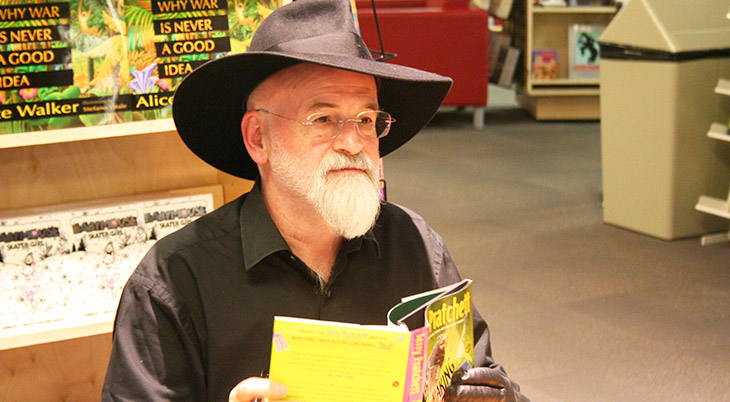 Terry Pratchett supported the notion of assisted suicide and said “it should be possible for someone stricken with a serious and ultimately fatal illness to choose to die peacefully with medical help, rather than suffer.” In 2011 another BBC documentary Terry Pratchett: Choosing to Die, about assisted suicide, was aired. Pratchett’s Alzheimer’s Disease continued to progress and in 2014 he cancelled a public appearance with the comment “The Embuggerance is finally catching up with me, along with other age-related ailments“. Pratchett is quoted as saying these prophetic words about the baby boomer generation:

“The baby boomers are getting older, and will stay older for longer. And they will run right into the dementia firing range. How will a society cope? Especially a society that can’t so readily rely on those stable family relationships that traditionally provided the backbone of care“.