A worried son wrote into Dear Ellie with a question about his senior citizen mother:

Q. I’m 51 (gay, single, only child); my widowed mother’s 83, still living alone in the family home. She drives and appears mentally competent to continue to run her own affairs, banking, the house, etc. Over recent years, her short-term memory and attention span have diminished greatly. Long-time friends have expressed concern.

Mom’s a nurse, trained in England. She won’t see her doctor about her declining memory and attention, refuses to see a specialist or undergo any testing.

At her request, I’ll leave my lovely little co-op and move back home in the next year or so. Dad died from Alzheimer’s years ago, so we’ve experienced that. I’m not diagnosing Alzheimer’s, but am in the dark and don’t know where to turn for help. 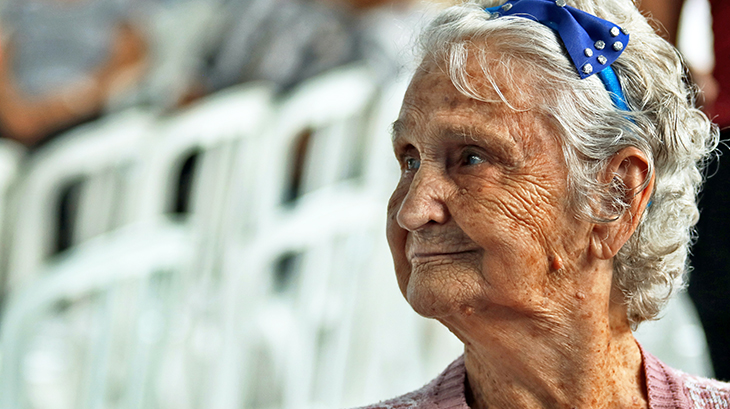 Can you relate to these problematic symptoms? To read Ellie’s response, see the entire article here at Ellie’s Advice. Subsequently, another reader wrote in to Dear Ellie to share her feedback for the son, based on her own situation and findings, which included learning what she needed to doe at an Alzheimer’s Society Workshop, and these other tips:

I have Power of Attorney for a neighbour, 88, recently diagnosed with moderate Alzheimer’s Disease.

Since her diagnosis, and with the help of a Community Care Access Centre (which coordinates services for seniors, people with disabilities etc.) and the Alzheimer’s Society, we’ve initiated the Meals on Wheels program and a Personal Services Worker who visits for one hour once/week (social visit).

It’s not just senior citizens and older adults (50+) that can suffer from Alzheimer’s Disease, dementia, or similar symptoms.