WHA and NHL hockey great Gordie Howe has died at the age of 88 at his son Murray Howe’s home in Toledo, Ohio. He is survived by his sons Marty, Mark, and Murray Howe and daughter Cathy. Below, Gordie Howe from younger to older – 1936, 1960s, and in 2015 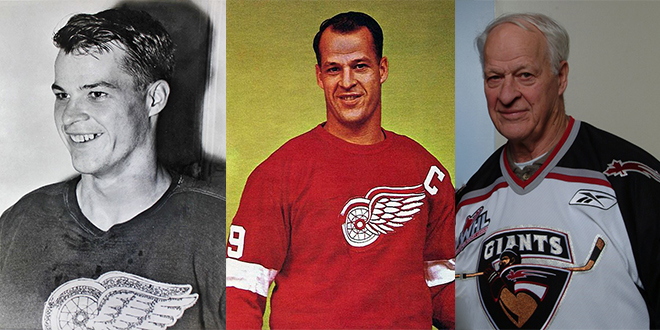 Born in Floral, Saskatchewan on March 31, 1928, Gordie Howe spent 25 of his 32 years as a professional hockey player with the Detroit Red Wings. Among other records he set during his career, he finished in the top five in scoring for 20 straight seasons and won the Hart Trophy MVP award 6 times.

During the 1950’s playoffs, Howe tried to check Ted Kennedy, the Toronto Maple Leaf’s captain, into the boards and fractured his skull; emergency surgery was required to relieve pressure on his brain. He returned to his usual form the following year. After retiring from the NHL in 1971, Howe began playing in the WHA; before beginning his final WHA season in 1979/1980, he had been suffering from dizzy spells. Howe was a senior citizen when he returned to pro hockey with the IHL’s Detroit Vipers in 1997 at the age of 69 to play one shift, setting another record. 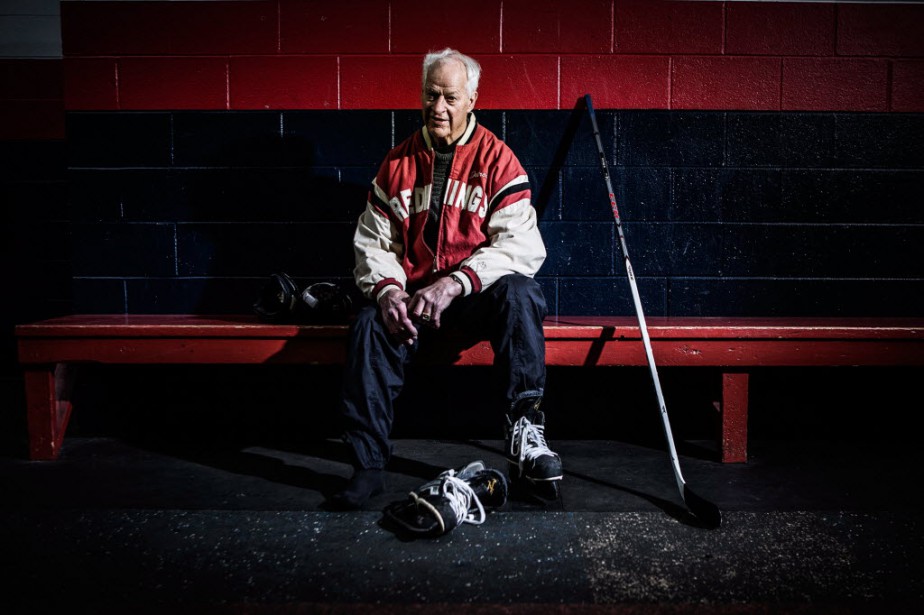 After his wife Colleen’s death from Pick’s disease in 2009, octogenarian senior citizen Howe rotated his living arrangements between his four children. He suffered from dementia and survived three strokes in late 2014. In January 2015 Gordie Howe’s son Marty Howe spoke to Global News about his belief in the stem cell treatment that his father had been receiving in Mexico.

“He probably had a month to live the way he was going, he was deteriorating pretty fast…He can walk, he’s got a sense of freedom now. He can play with the grand kids. He still needs to work with his speech, he can’t sign yet but hopefully in the future he will be able to.”