50+ World > Health > Does Dementia Change the Ability of a Spouse to Consent to Sex?
Health

Is a previously consenting spouse, now suffering from dementia, able to say yes to sex? 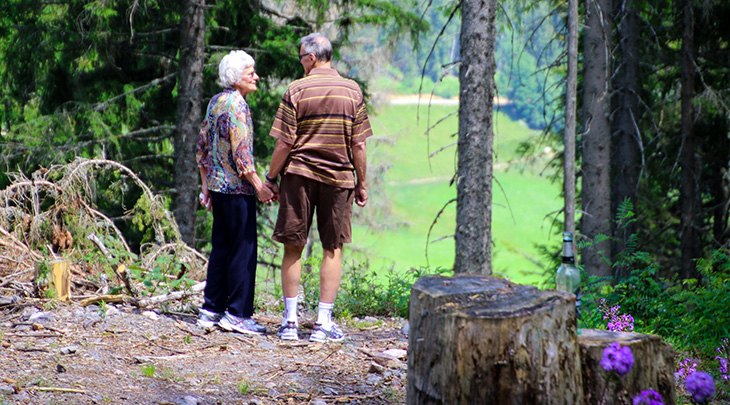 Henry V. Rayons, a 70-year-old Republican Member of the Iowa House of Representatives and a widower with 4 children, married his second wife, 70-year-old retired widow Donna Young (mother of 3 daughters), in 2007. They had met in the choir of their church and were happy together.

On May 23, 2014 – a week after being informed of Donna Lou’s condition & the care plan, and still serving as a Republican Member of the Iowa House of Representatives – Henry visited Donna Lou in the nursing home and drew the privacy curtain around her bed. Her roommate later informed staff that she heard noises she took to mean that Henry was having sex with Donna Lou, and Henry has admitted to having “sexual contact” with his wife that night.

The courts approved a subsequent application from her daughter to become her temporary guardians. Donna Lou died a few months later in August, 2014 and Henry was charged with third-degree felony sexual abuse a week later.

Expert clinical psychologist Elizabeth Edgerly (Chief Program Officer for the Alzheimer’s Association), who often lectures on Alzheimer’s Disease and sexuality, has said that patients can vary from one day to another and physical closeness is reassuring for many people, making determining capacity challenging.

“For most people with dementia, even long into the disease, they take comfort in being with people who love them…Is the person capable of saying ‘no’ if they don’t want to do something? “

The film Away From Her (2006) stars Julie Christie as a wife and senior with Alzheimer’s disease who is moved into a nursing home. To the anguish of her husband (played by Canadian actor Gordon Pinsent), she forgets her husband and falls for another resident.

The 67-year-old Christie remarked in an interview the following year when asked about her own thoughts on aging, that

“There is a strong sense of sexuality, always, because that is the life force, the thing that memory retains.”

In April 2015 after 3 days of jury deliberations, a court in Des Moines, Iowa found Henry Rayhons innocent. He did not seek re-election in 2014, and is no longer in the Iowa House of Representatives.

The Rayhons case has spurred more debate on an increasingly important topic, as an aging baby boomer population enjoys longer, more physically able lives, but is at a higher risk of incurring dementia and Alzheimer’s disease.